VISA was once upon a time: German players can no longer use the payment method

It has recently become impossible for players from Germany to use VISA credit cards to process deposits or withdrawals in online casinos. A shock - or was it to be expected? What's behind the new ban?? Will payments be made with VISA at some point be possible again? Here we share with you what we found out.

For a while now, it has not been possible to use PayPal, the Germans' most popular internet payment method, to make deposits or withdrawals at online casinos. A similar fate has now befallen one of the most important credit card providers in the world: VISA. Similar to PayPal the payment service provider was asked to make it impossible for German players to make payments to providers of illegal gambling.

However, the payment service provider is not the one with whom the German state has a problem. The German authorities, in this case the Ministry of the Interior of Lower Saxony, actually did it directly targeting the online casino provider, who offer their gambling opportunities to German citizens on the Internet - because according to the German State Treaty on Gambling, they are not allowed to do so. But why are the payment service providers handicapped instead??

"But when other, much more popular payment methods, such as Skrill and Neteller, are chained by a similar ban, many gamblers can be upset.”

The problem: the online casinos have theirs Headquarters abroad and are therefore difficult to hold accountable for. And then there is the dispute over the EU's fundamental rights Freedom to provide services, on which the online casinos refer. Accordingly, it should be completely legal for an online casino, which is based, for example, in the EU state of Malta, to offer services such as online games in Germany. Who is ultimately right has been controversial for years and the legal situation relating to online casinos is considered a gray area in Germany, Austria and many other countries.

That's why the Ministry of the Interior and Sport in Lower Saxony Now another method is being considered, and to prevent the German players from gambling, which is illegal from his point of view: the payment methods are paralyzed. Yes, plural, methods, because the Ministry's website clearly states: “Further prohibition orders are in preparation and are likely to follow."

Back and forth up to the new regulation

That can be cheerful! The fact is that very few German online casino players have used VISA credit cards to make deposits. But when other, much more popular payment methods, such as Skrill and Neteller, are chained by a similar ban, the Annoyance of many players calculate. 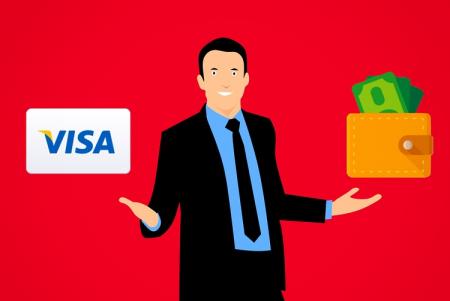 The Germans already had one anyway impending disaster hovering above you: the EUR 1000 deposit limit per month, which may come into force nationwide from mid-2021. This measure is intended to protect gamblers and is to be implemented when there is a new German State Treaty on Gaming from July next year. By then, at the latest, there will be an uproar in the German gaming community, because it is rather unlikely that the players will readily comply with such strict regulations. It is much more likely that the players will then really get into the game turn to foreign online casinos - even if the new State Treaty on Gambling means that online casinos with a German license will exist that will also be completely legal.

Good news: You can well imagine that the new law will make it possible to pay with VISA credit cards again in mid-2021 - at least in legal online casinos with a German license.

What impact could that have?

Now this new regulation only affects online casino players from Germany. In USA and Austria it is still possible to deposit and withdraw with a VISA credit card. But what about the future - This restriction, or similar prohibitions on other online casino payment methods, could also apply in other countries?

Nobody knows for sure, but it is easy to imagine. As long as the highest European Court of Justice does not deliver a clear judgment, the legal gray area will remain. This is not only true in Germany, it is also a problem in many other countries, including Austria and USA. In USA, foreign online casino websites are blocked, but this is not an ideal solution in the age of VPN. So it could well be that other countries also agree Detour via the payment service provider will be used to eradicate illegal gambling. But whether these measures will ultimately bring anything? It is more likely that new payment service providers will keep popping up who have not yet received such a ban. It definitely remains exciting, this one legal tug of war continue to watch.

Get bonus here
Casino of the month